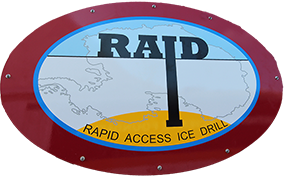 The Rapid Access Ice Drill (RAID) will drill a borehole through deep Antarctic ice, and core into the glacial bed and bedrock below. This new technology will provide a critical first look at the interface between major ice caps and their subglacial geology.

In December 2016, the first drill designed to search for a scientifically useful sample of ice that is at least 1.5 million years old began its work. It is part of a broader effort to locate the best place to extract a core containing Earth’s oldest ice, which would help to reveal how climate has shaped the planet’s past and how to predict future fluctuations.

Wheeler Power Systems was able to provide the gen sets to power the endeavor.

Do you need help? Have a question? Get a quote?
Fill out this form to get in touch.

This website uses cookies so that we can provide you with the best user experience possible. Cookie information is stored in your browser and performs functions such as recognising you when you return to our website and helping our team to understand which sections of the website you find most interesting and useful.

Strictly Necessary Cookie should be enabled at all times so that we can save your preferences for cookie settings.

If you disable this cookie, we will not be able to save your preferences. This means that every time you visit this website you will need to enable or disable cookies again.